Imagine for a second that you know nothing about watches (I know, but just imagine). Even if you couldn’t tell a Patek Philippe from a cuckoo clock, I’m willing to bet there would still be one watch you could confidently identify as a Rolex at first glance. You may not know the model name, but the Submariner is easily one of the most iconic Rolex watches ever produced, and its timeless design has (in some way) influenced virtually every other dive watch ever created. 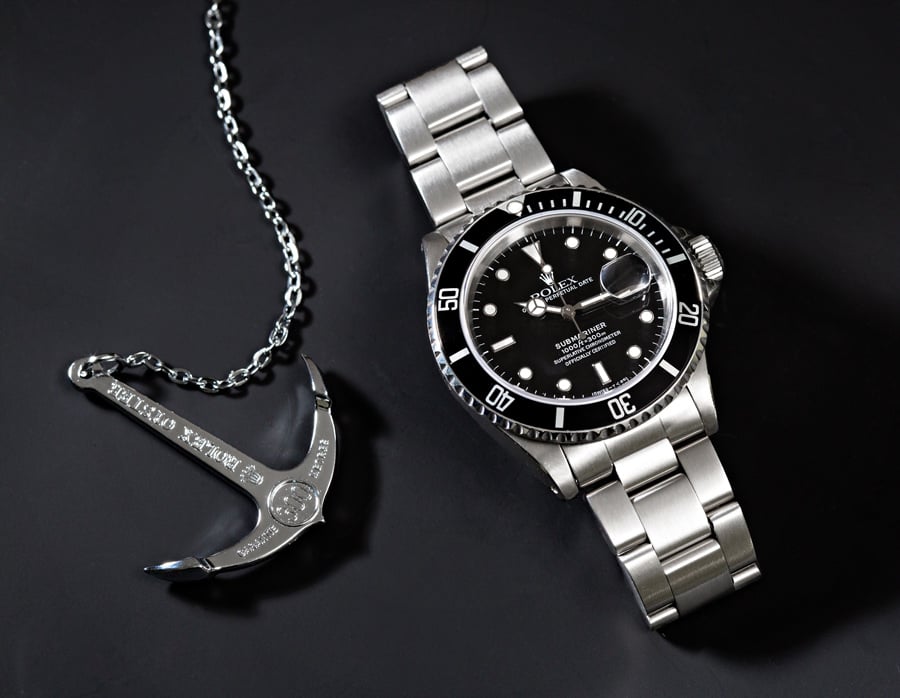 The Rolex Submariner is the archetype of the modern diver’s watch.

Since its launch in 1954, the Rolex Submariner has been one of the most recognizable watches in the world. Its  journey, which spans more than six decades, has taken it from being the last word in essential equipment for professional divers to the ultimate symbol of robust refinement and understated luxury.

So, how has the ubiquitous Submariner earned its place as one of the most important and iconic Rolex designs in the history of watchmaking?

The overall design of the iconic Rolex Submariner has changed very little over the decades.

For any design to be considered a classic, it has to tick several boxes. It has to capture the imagination, it has to have a simple and timeless aesthetic – but above all else, it has to work – and keep on working. Rolex’s build quality is unmatched and their watches are some of the most reliable mechanical timepieces ever created. 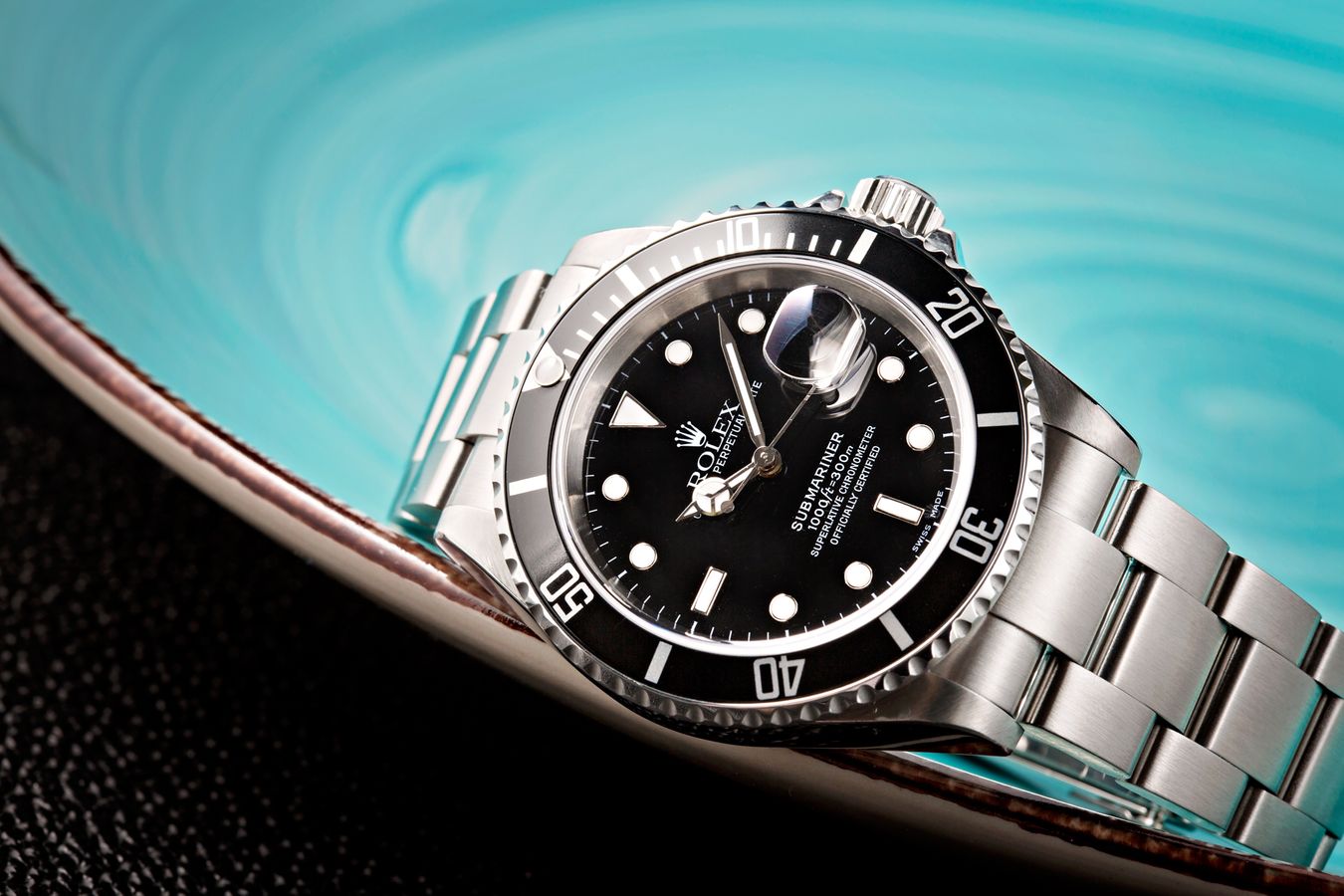 Rolex Submariner watches are among the most rugged timepieces available.

When it was first dreamt up, the Rolex Submariner was conceived as the definitive diver’s watch. Rolex’s director at the time, Rene-Paul Jeanneret, was a keen amateur diver and he enlisted the help of legendary underwater pioneer Jacques Cousteau to test his new ‘tool watch.’ The great aquatic adventurer wore an early Submariner referenece throughout his Oscar award-winning movie The Silent World, forever cementing the watch’s position in the world of underwater exploration.

Today, the Submariner is even hardier than it was when it was first created. The water resistance rating has increased to 300m, and the in-house movement now comes with Rolex’s blue Parachrom hairspring, which enables this iconic Rolex dive watch to be more resistant to shocks and temperature fluctuations.

The dial of the Submariner is designed for maximum legibility.

Modern Submariner watches are made from 904L stainless steel, while the majority of other brands use 316L steel. Incredibly strong and resistant to corrosion, 904L steel is typically only used by the aerospace and chemical engineering sectors.

Between a rock-solid movement and one of the most durable cases in the entire watch industry, the iconic Rolex Submariner is a purpose-built timepiece that can accompany you through the most demanding and extreme conditions.

While it is built to withstand the most demanding conditions, the design of the Rolex Submariner is refined enough to wear with a suit and tie.

Another trait that is shared by almost all classic designs is a certain degree of innovation. While the outward design of the Submariner has changed relatively little over its 60+ year history, Rolex’s classic dive watch has added a few groundbreaking advancements during its lifespan.

Despite remaining remarkably true to its roots, the Rolex Submariner has seen a number of updates throughout the years.

The 31-jewel caliber 3135 movement was fitted in 1988, and is still fitted to the modern Submariner watches that Rolex sells today. A highly accurate – and more importantly, highly durable movement, the cal. 3135 is the perfect accompaniment to the ultra tough and iconic Rolex Submariner dive watch.

Considering the depths the Submariner was now rated to, Rolex also upgraded the luminescent material used on its dial and hands. The older radioactive tritium was replaced by a photoluminescent compound during the late 90s, which put an end to the issue of lume on the Submariner “burning out” as the radioactive tritium reached the end of its half-life. 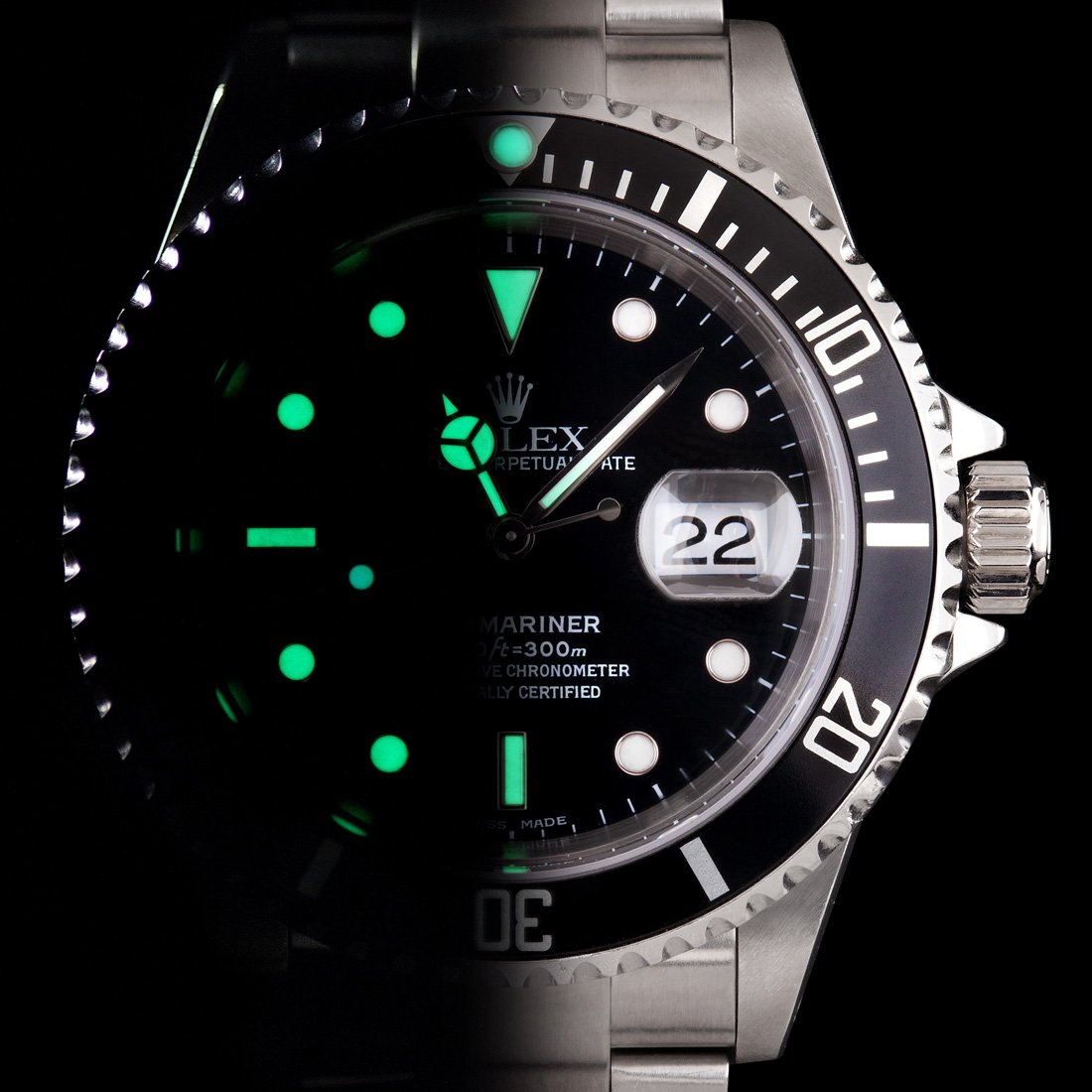 The hands and hour markers on the iconic Rolex Submariner are finished with luminescent material to help with visibility in low-light conditions.

The Versatility Of The Iconic Rolex Submariner

If there was ever a watch that could be described as “go anywhere, do anything” – it’s the Submariner. It somehow manages to be both sporty enough to match with jeans and t-shirt and classy enough to look perfectly at home under a tuxedo sleeve. There’s no hint of bling with a Sub – even with the more flamboyantly colored special editions in green and blue. Above all else, it’s tasteful.

The versatility carries over into the cost too. There’s a huge range of prices for Submariners. While a new no-date Sub (ref. 114060) will set you back $7,500 – assuming that you are even able to find one, as there are extremely long waitlists at most retailers – a rare vintage model can cause even the most well-heeled watch enthusiast’s eyes to water.

Perhaps not surprisingly, the Submariner has become highly collectible for true aficionados, and this iconic Rolex dive watch enjoys one of the best resale values on the secondary market.

The most expensive Submariner ever sold – a ref. 6538 from 1956 with a highly unique and incredibly rare “Explorer Style” dial realized a final sale price $1,068,500 when it sold at auction in June of 2018. Additionally, while a sum of over a million dollars may seem astronomical, what is even more shocking about this record breaking sale is that this remarkable Submariner was sold without a bezel or bracelet.

Of course, you don’t have to have pockets quite that deep to be able to make a wise investment in a Rolex Submariner. The timeless design and the quality and durability of the manufacturing process means that they really are watches you can pass down to successive generations.

The Great And The Good

The Submariner is extremely functional and it packs a host of technical innovations inside a bombproof case. It pairs with anything, it’s a great investment, and its waterproof far beyond the depths mere mortals will ever take it. But let’s stop kidding ourselves – we still haven’t touched on the biggest reason it’s become the one of the most iconic watch ever made.

Rolex makes Submariner watches both with and without a date complication.

It’s gained that honor through its association with one guy. Although the Sub has had legions of impossibly cool fans since its inception – Steve McQueen, Robert Redford, and Burt Lancaster were all devotees – its reputation was secured the minute James Bond checked the time on his ref. 6538 in the glow of a cigarette lighter in Goldfinger. 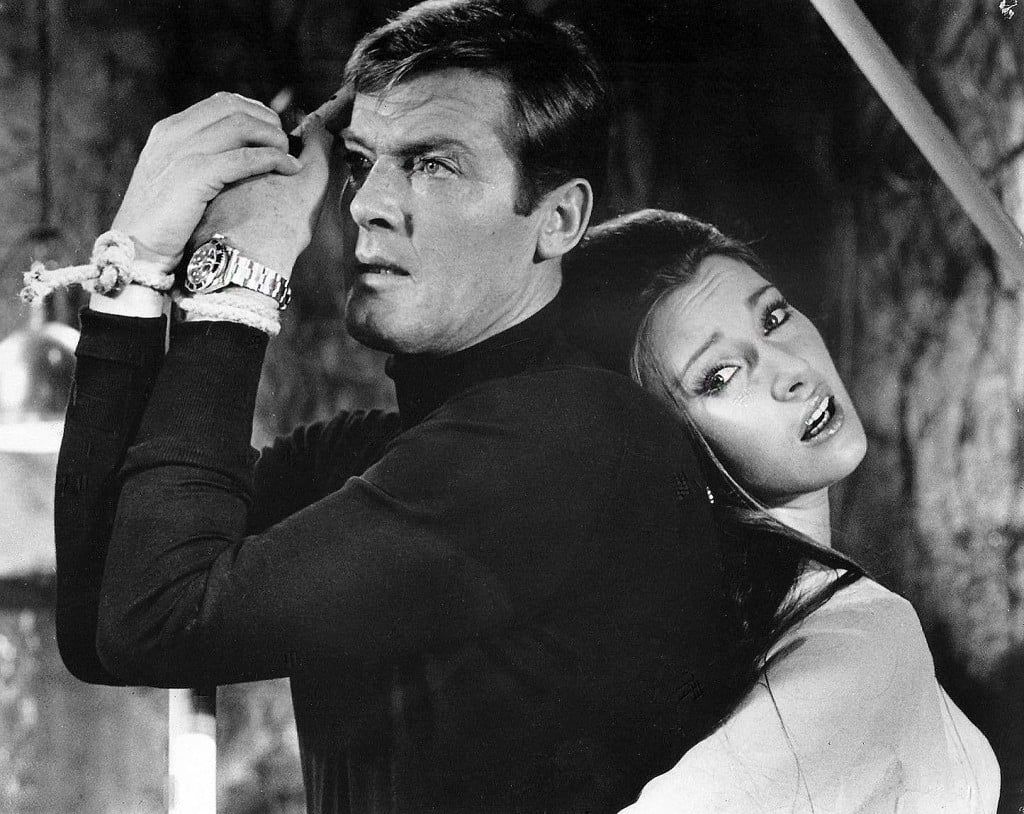 James Bond and Rolex had a great partnership prior to Omega becoming the new official timepiece provider.

Before Omega became the official timepiece supplier to the 007 movie franchise, the Rolex Submariner made an appearance in eleven Bond films. It was also the super-spy’s watch of choice in Fleming’s original novels, being used as a knuckle-duster on more than one occasion when he really didn’t want an adversary standing up again in a hurry (MI6 had to foot the repair bill each time).

The same magic worked by the Bond franchise did more for Rolex (and Aston Martin) than any slick advertising campaign could ever have achieved. In the 1960,s it just wasn’t possible to be cooler than Sean Connery, and Sean Connery wore a Submariner.

Rolex holds the dubious distinction of being the most counterfeited watch brand on earth, and the Submariner makes up the majority of the fakes that flood the market from China and elsewhere. However, while the number of imitations is immense, the sincerest form of flattery comes from other genuine watchmakers.

Everyone from Breitling to Bremont has their own version  – or at least produces a watch that was in some way inspired by the iconic Rolex Submariner. Proof, if it was ever needed, that the decades-old design represents exactly what a dive watch should be.

And is there a better definition of ‘iconic’ than that?